Social Club started a social cohousing in Turin, with the aim of giving an answer to the housing needs of the non-profit sector workers on one side, and on the other side to animate the urban fabric by experimenting new lifestyles.

The main objective of the social cohousing is not so much to implement a beautiful project, but rather to build a community. This implies that difference and conflict are integral and sane parts of a cohousing that is able to cope with difficulties. At its core there are people and relationships.

The Social Manager is characterized as a subject whose activity consists into providing services of social promotion and management of the assets on lease, and differs from a regular real estate manager in the centrality given to the tenant and the community that benefits from the services, but that is also a key player in the administration. The main objectives of the Social Manager are the supply of high quality services, including their monitoring and evaluation, and the integration of the economic dimension with the social one, aiming at the activation of relational and supportive networks based upon shared values, participation and the sense of belonging. 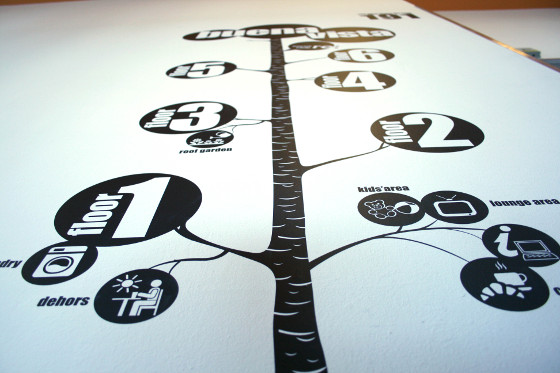 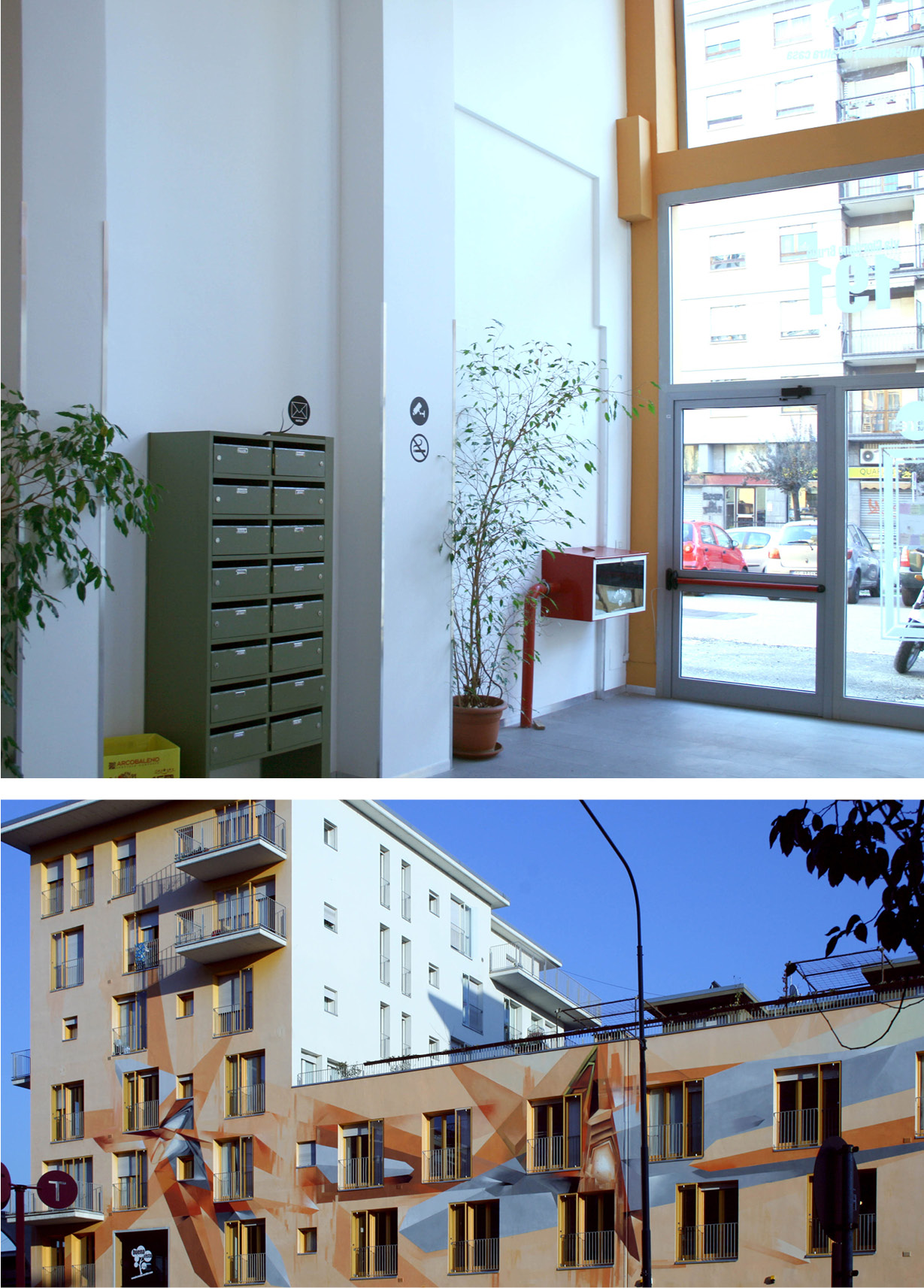 The building and its potential

The building subjected to the intervention is part of the residential complex of the Olympic Village, built for the 2006 Winter Olympics, as part of the re-qualification of the former MOI area, that until the last century has represented an economic landmark for the Borgo Filadelfia neighborhood and the whole city of Turin. The building carries an enormous potential, both symbolic and social, able to be transmitted to the whole neighborhood: its strategic location, the belonging to the Olympic heritage and the spatial characteristics make it especially suitable for a re-purpose that includes the experimentation of innovative residential typologies. The wide double-height entrance halls, the common rooms and the big terraces make Buena Vista an optimal location for social housing, cohousing and coworking settlements. The pillared reinforced concrete structure has allowed an outstanding flexibility in the organization of the internal partitions of the flats. The simplicity of the internal finishing has given great freedom of customization of the premises by the residents; moreover, the spacious corridors of some flats are used as actual “rooms” to live in instead of being just transit spaces.

The symbolic character of the building is enhanced by the silk-screen printings on the façade: Social Club and TRA entrusted Paratissima with the task of contacting the foremost artists of Turin, appointing one of them, the emerging Vesod Brero, for the realization of the monumental mural artwork carried out during the event.

The great facade of the MOI is then configured as a big canvas where the artist reinterpreted the themes related to society and living, analyzing them according to his own personal vision.

The common spaces thus become a precious chance to create social relationships: wide terraces, green roofs and common rooms offer spaces of socialization between the various users of the community. The Buena Vista project gave great importance to the presence and characterization of the collective spaces, distributed throughout the building and different from each other.

On the first floor there is a launderette, that from mere “utility room” transforms into a real socialization space. The first floor also accommodates a salon d’étage, a meeting and relationship place, a game room for kids and the club house. 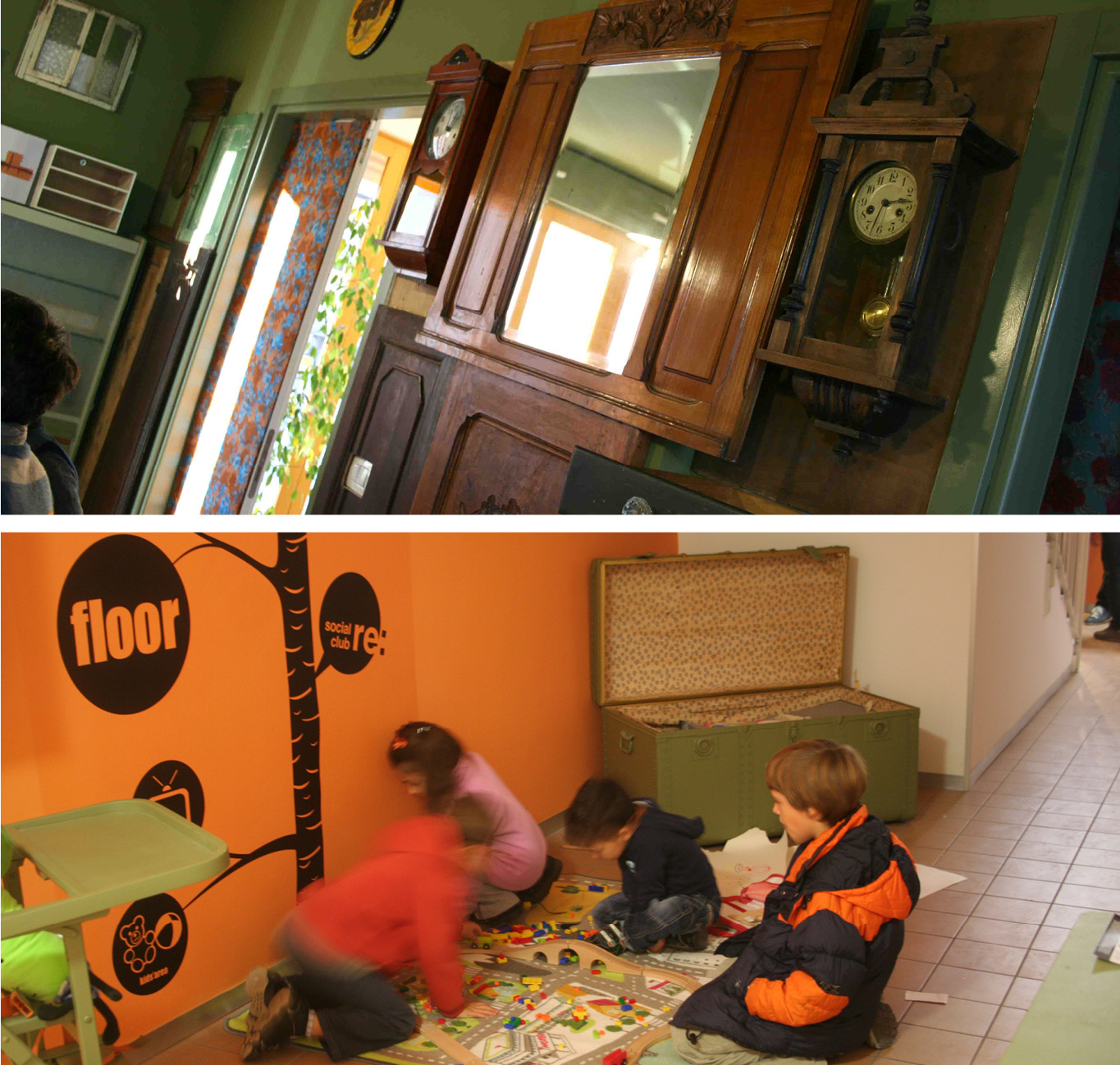 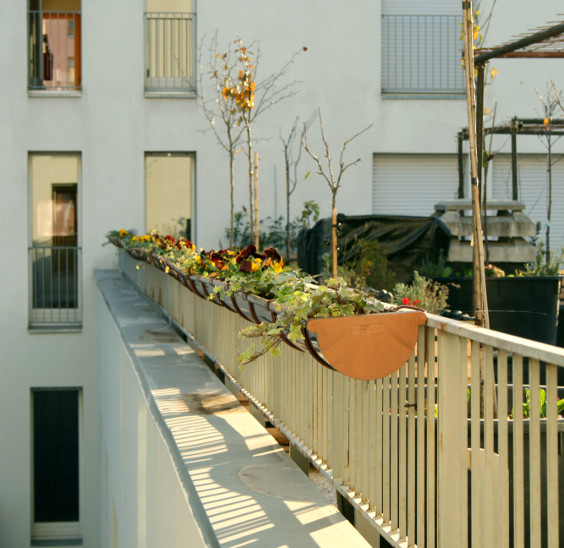 The Club house was conceived as a common space for relationships, a common cafeteria where the Buena Vista residents can meet and socialize. If Buena Vista is a large communal house, the Club House is its living room: everything is conceived to create a convivial atmosphere and the recovered vintage furniture provided by the cooperative “Triciclo” makes the environment warm and cozy.

The roof garden and the communal vegetable garden

The considerable surface that hosts the terrace of the building inspired the idea of creating an actual roof garden, a large, collective green area, realized by the cooperative “Agridea” and managed by the co-habitants of Buena Vista, where large basins are planted with aromatic herbs, flowers and small fruit trees.

The professionals involved in the design

Any cookies that may not be particularly necessary for the website to function and is used specifically to collect user personal data via analytics, ads, other embedded contents are termed as non-necessary cookies. It is mandatory to procure user consent prior to running these cookies on your website.